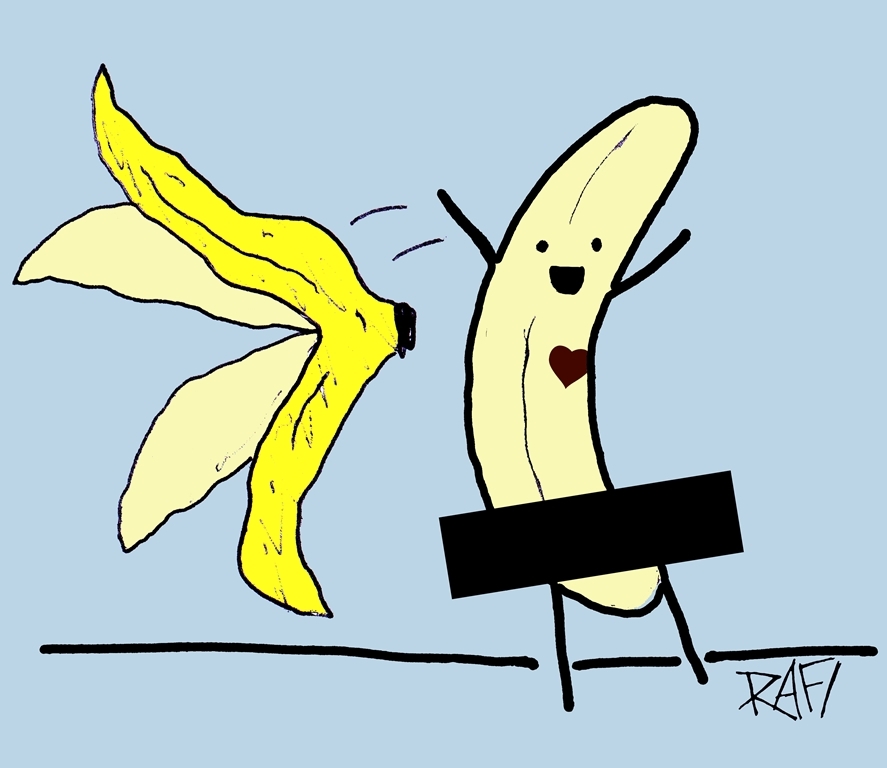 You guys know how much I love my silly and witty t-shirts, but did you know that I actually have a difficult time finding them? Luckily, I have great friends who know how to shop for the obscure. I have to thank them and Klee for most of the fun shirts I own.

Even still, there are some shirts that I want, that simply don’t exist… so, I’m going to create them, and offer them to the world because… why not.

Along with my beautiful artistic designs that I showed you last week, I have also been building a fun T-shirt collection that will be releasing within my catalog.

These are all fun t-shirts that I want for myself. Some of the t-shirts will be geared towards art and artists, some will be based on our YouTube channel, some will be just plain silly, and others will be mind puzzles.

This collection will be in addition to the art clothing I am designing. The catalog for all of it will be released in early October if everything stays on track.

I’m really excited about this, especially because I love the idea of wearing my own fun.

Some of it will not be every person’s taste, but I’m alright with that.

Stay tuned, and please let me know if you have ANY ideas for a fun t-shirt you would like to see. 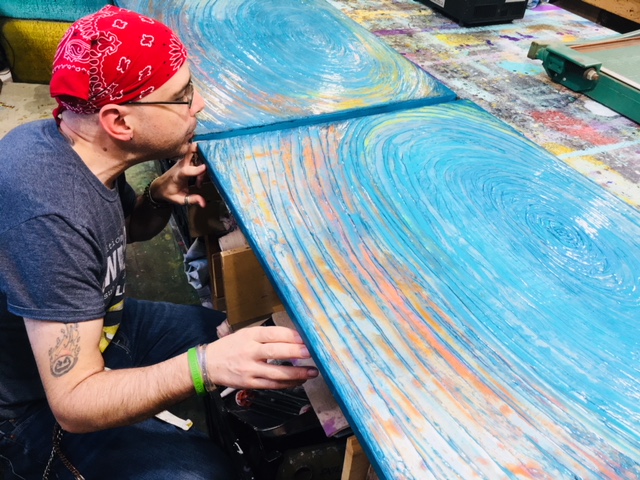 As this week comes to a close, I look around my messy studio and ponder the events that lead up to this point. Several projects in their half finished state screaming for my attention, wanting the closure that all artistic creations seek.

Yet, in this myriad of untidy unrest I find myself happy.

I think it’s because this week I was very deliberate about how I spent my time. I looked at every moment as a gift and decided to spend it doing something meaningful.

Now, I have a lot of projects that I’m working on, such as artworks, pieces for the art hunt, videos, planing an exhibition, so you would think my time is always pretty deliberate… but it’s not.

Recently, I had gotten in the habit of sitting on my couch in the studio and vegging out. Like full on, staring at nothing for who knows how long, minus the drool… that’s gross.

And so, when I looked around today, I saw passion and a sense of love for what I do. I felt full… much better than sitting there mindlessly wondering what I would do if I was fighting a zombie dressed as a clown… Not that I wouldn’t take an opportunity to think about it, but it’s so much cooler when you do it deliberately.

So, what’s on your mind? 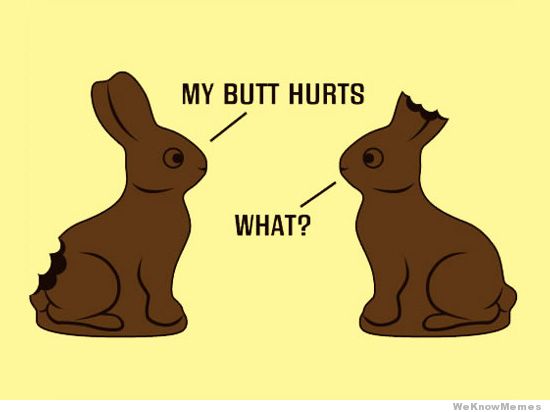 Easter is upon us, for a lot of us, it’s about sacrificing sleep, Easter baskets, and egg laying rabbits.

For others, it is a day to give time to reflect on a great sacrifice made for humanity, and to pray that the impact of Easter continues to impact all for the better.

For the better… A lot of us have different ideas on what that means.

For me on this beautiful day, I will spread joy in appreciation for Easter in the form of Easter memes… Enjoy!

So, this next series of memes, just takes me back to my childhood. The whole ridiculousness of the frighting mall picture experience that many of us have had… these pictures crack me up.

Happy Easter you guys! I love you, be good to each other and remember to enjoy this amazing thing we call life. 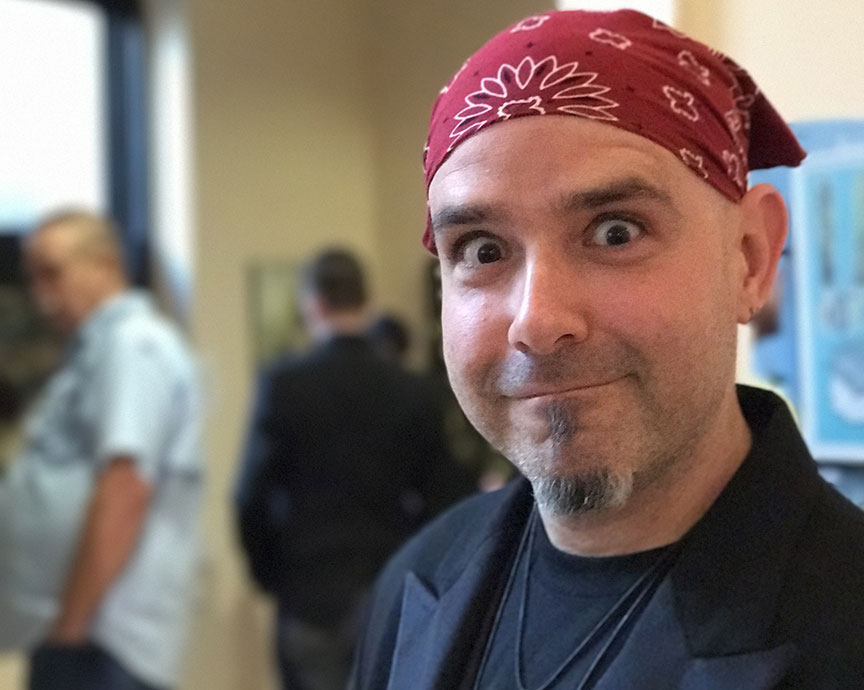 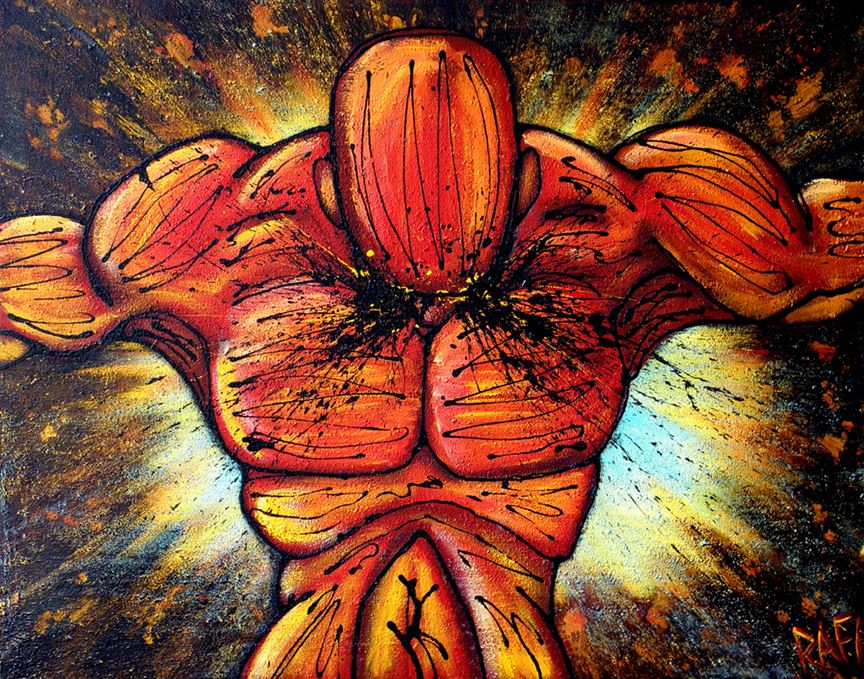 It’s no secret that Klee and I are all about embracing your inner child, and living a life full of adventure… Also being weird, and all those other things that people think artists are.

Then, at some point, you were welcomed into the ritualistic daily grind of adulthood, gradually eradicating your inner child. Let’s be honest, most adults suck, they feel frustration instead of hope, and care too much about what others think of them.

But, if you are reading this, chances are, you are not much of an adult. You are that magical creature that keeps the inner child alive… Like Peter Pan.

The more of these traits you have, the more childish you are:

*They are curiously looking at the world.

*They make it a point to learn something new every day.

*They are more optimistic.

*They see the beauty in nature.

*They don’t care about what other people think about them.

*They are kind to others.

*They have more fun.

Living a life full of wonder, appreciation for the small things, humor, kindness, resilience, and big dreams is exactly what your inner child would want you to do. So, embracing it, just might be the most awesome thing you can do for your life.

Watch This Video On More Of My Thoughts On The Traits Of Being Awesomely Childish:

Leave a comment in the section below of how you embrace your inner child.

Klee and I don’t watch much TV because honestly, some of those commercials are draining. Especially the drug commercials. I feel like any time we sit down to watch Supernatural, by the end of the constant stream of maladies and side effects being thrown at us, I am convinced that I’m dying… I’m not sure of what, but I’m sure I’m dying of something.

So, we decided to have a little fun with it and created our own drug commercial. This week in our old video reboot, I present you with the drug STIMULEX which doesn’t allow you the unfortunate condition of boredom. Enjoy!