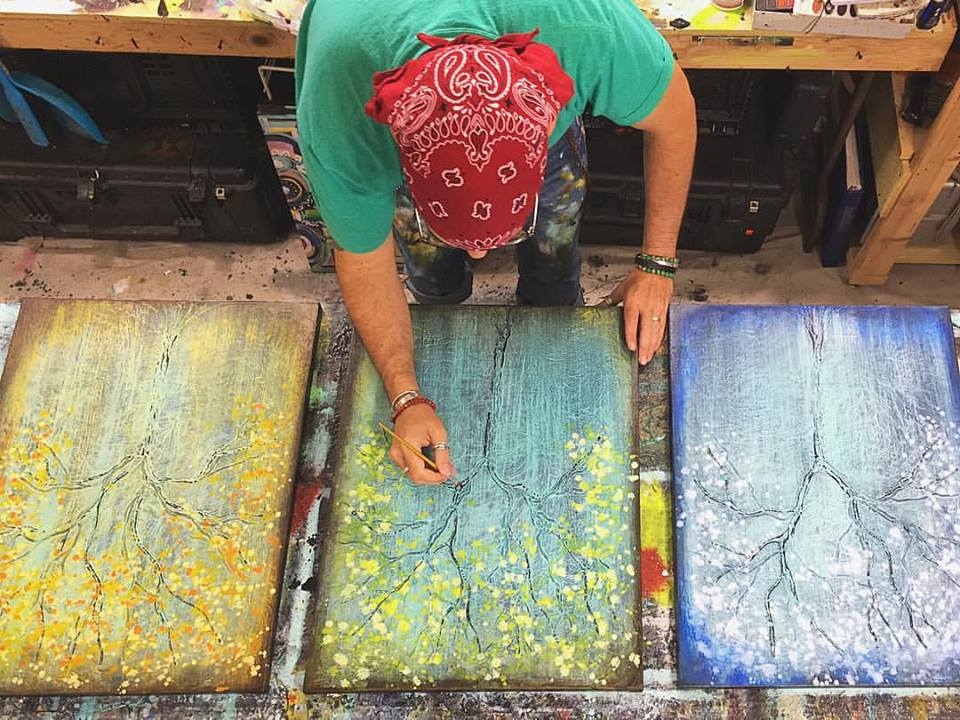 Today you’ll join me in my brain… There is something on my mind and you’ll be following me through the twists and turns of my thought process when something pisses me off.

If you’ve been following along in our adventure, you know that we had the whole Etsy conundrum and decided to move on to greener pastures. Of course we ranted about it on YouTube and pointed out the reasons for the move and some of the shady stuff that Etsy was doing.

We received thousands of responses to the videos, and although 99.5% of people that watched and commented were constructive in sharing their experiences with and thoughts about the Etsy situation (some in agreement, some not), there were some comments that caused me to scratch my head and fume a bit.

One that seemed to reoccur a couple times was “Oh grow up! and quit complaining. Just roll in your shipping and raise your price.”

These particular comments caused me to stop and think about whether or not we were simply complaining about the situation. Well, only after I thought “BLEEP BLEEP BLEEP CENSOR BLEEP BLEEP!!!”

In the videos, we lay out the problem we have with the new Etsy free shipping push, point out a few of the ways this would be a problem for the small business owner, and then talk about a plan of action moving forward.

I’ll be honest: when I’m around someone who is chronically whining, complaining, bitching and moaning it’s as difficult for me as it is for anyone else. The energy of those dynamics is one of powerlessness.

And I don’t do powerlessness.

The simple fact is that people respond to emotions in an interesting way, based on how they view the world… based on the experiences they’ve had and how they view themselves. They will lump themselves up into a group and do the same with other people. For example, we were protesting Etsy’s new policy, and thus we were grouped into their perception of what a protester is. Someone who is whining and complaining about stuff and making a ruckus, that is the point of view of someone who would never protest. People divide themselves into groups because it’s safe to feel like you are part of a group… left, right, this movement, that movement, this group, that group, religious, non-religious. My problem with this is that if you have an “us”, then there is a “them”, and that’s where things get stupid and dangerous. Who knows where artists fit in this spectrum, but I’m sure there are several people who assume we are just irresponsible and childish… and some are, because they are human, not because they are artists.

I think it’s interesting that the term “grow up” is associated to, and often used as a verbal fly swatter against speaking up for yourself. I know that when I was a kid, if I didn’t agree with something, or was against doing something, an adult would get mad and say “Oh grow up.”

So, for some people it must mean that being a grown up means staying quiet when you disagree and just taking it. Because if you speak your mind about something, then you are being childish.

In our example, Etsy decides to use gentle coercion to get us to change our policies which would require us to be dishonest with our collectors. It also will cause us to be treading illegal waters. If we don’t do it, we will be gently penalized by having our products show up at the bottom of the pile.

So in order to be “grown up” I shut my mouth, change the policies of my business, and deceive my customers. I basically just take it up the keester. I guess at that point I would have to be ok with Etsy telling me how to run my business, lie to people, and just not stand up for what I believe in. That does sound very adult like. I would have to make all kinds of excuses to justify my actions, allow myself to continue feeling helpless while telling myself that I was in control and ultimately made the sacrifices one makes when they are a grown up.

I’ll be honest… That sounds so stupid. It’s ridiculous that people live that way… but they do. I lived that way for most of my life. I didn’t make waves, didn’t rock the boat, I was a good boy, so quiet and respectful, and so spineless. I also, would get mad and tell people to grow up when they just didn’t fall inline, because I was so twisted inside by the justifications and fear I had of causing a ruckus that I didn’t even know what to believe any more.

I’m not that way now. In my mind, the question of whether I’m a grown up or not is a crock of shite. We are all a bunch of kids pretending to be grown ups, making serious faces when we think we are supposed to be serious, and pretending to know what we are talking about. We don’t have any absolute answers to “life, the universe and everything”, we are all just figuring it out as we go.

So, for me… Speaking what I believe, yet being open and flexible is the responsible thing to do. Moving away from an e-commerce platform that is trying to tell me how to run my business, and ultimately has control over how well my business performs is probably the most grown up thing I can do… whatever that means.

I’ll leave you with this thought. Perhaps speaking up for the things I believe in is annoying to some people. It’s really all too easy to turn a blind eye to things that don’t sit well with us, and it can even seem more comfortable. When someone speaks up about an issue and we have to look at things we otherwise don’t want to, it can be a disruption of the status quo and that’s inevitably going to upset some percentage of people. And maybe it’s even true, as one comment suggested, “You just don’t understand how big business works.” Well, maybe so… but I do have a pretty good understanding of small business and the values that keep it going… and I sure as heck have a good understanding of my business, and how I choose to run it. If that’s childish and naive, then so be it.