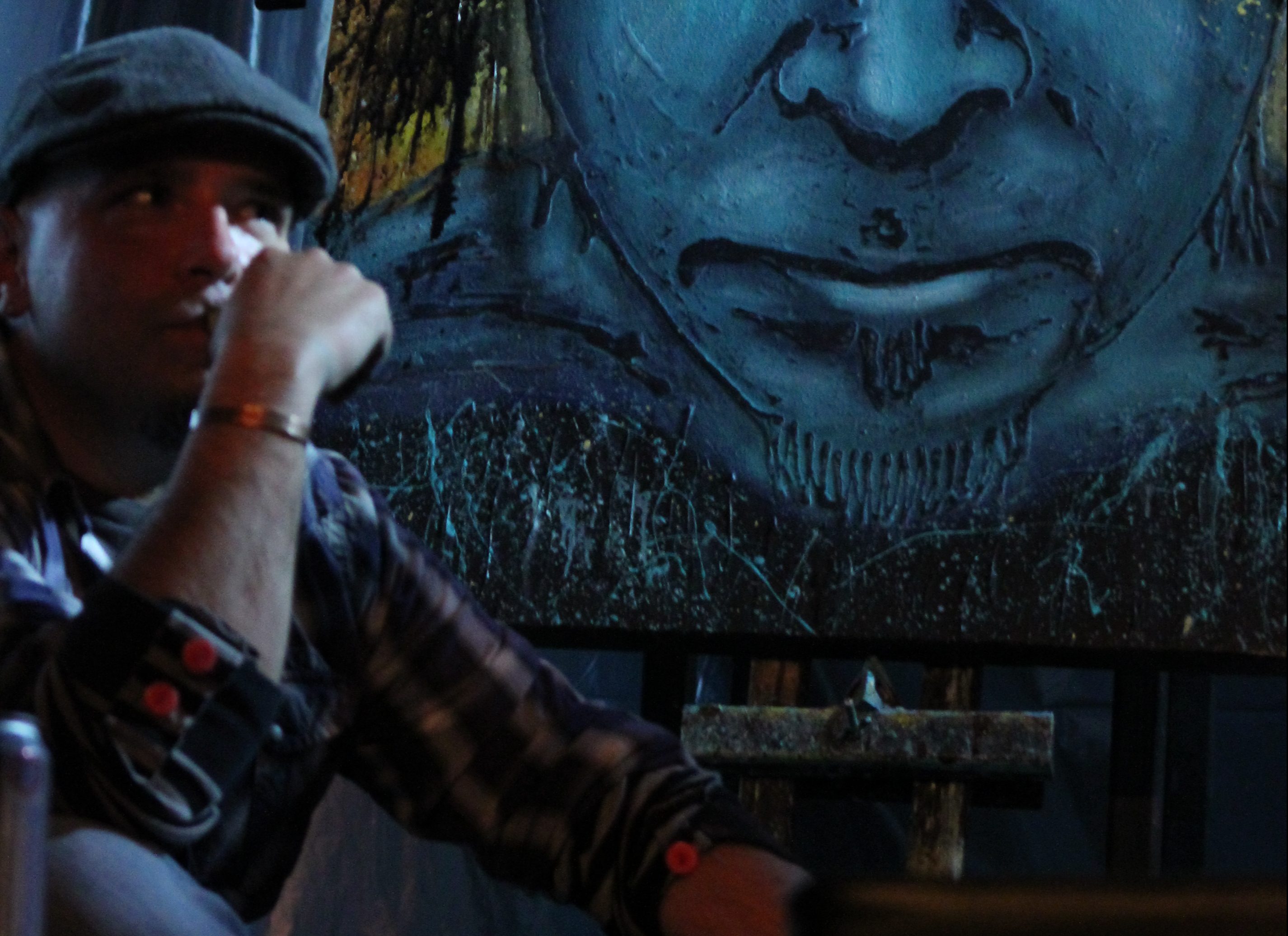 There have been a lot of mornings recently where I have woken up with that voice in my head telling me that I am a loser. It calls me fat, old, and untalented. I tells me that I’m boring and pretty soon everyone that likes me is going to know the truth of how much of a loser I am. That voice doesn’t put it in eloquent sentences, it’s usually very mean and to the point.

The thing is, nobody’s voice hates them in the beginning. As an artist, I spend a lot of time with this voice. I spend a lot of time in solitary creation where I am wrapped up in my mind. Most times I argue with the stick-man (that’s what Klee and I call the negative self-talk voice) the same way I would argue with someone standing over my shoulder talking shit.

Argue with that voice, or just tell it to go fly a kite. No one is born with a negative voice in their head. In fact, as very young children, we rarely criticize ourselves or anyone else. We don’t know the differences associated with age, race, weight, economic background, schooling, gender, or anything else that we humans use to define something. We don’t have self-judgment or self-criticism yet, because we haven’t learned where we or others fit in the world… people are just people.

So where did it come from?

That shit was implanted in your brain jar. As little snot nosed beings, we are like sponges absorbing everything in the world. In the very beginning, most of our world consists of our parents. We pick up A LOT of our identity and insecurities there. Sometimes, unfortunately, the insecurities are blatant in some kind of form of abuse, other times it is much more subtle. Just being in a room with someone who has anxiety can make you feel anxious. If you think the unspoken emotions, fears, and insecurities that someone is carrying around don’t have a deep effect on their environment and the little sponges within said environment, then you are mistaken.

Then add the crap ideals that are abundant in society to separate us into some kind of group. You are told to believe that this is good, that is bad, that is wrong, that is stupid, you can’t trust THOSE kinds of people, successful people don’t sleep in, republican bad, democrat bad, liberal bad, this team, that team, real art is this or that, you need to do this or that in order to not be this or that, you have to choose a side, beauty is this, beauty is not that, this is real, this is fake… it’s a whole bunch of bullshit that got passed down the generations that we all buy into because the system was already there when we started our lives.

A lot of these contradictory beliefs in the world really do a number on how we feel about ourselves. We adopt the habits because we think it is normal… unfortunately “normal” is overrated. Everyone has a different “normal” which begs the question, isn’t it just easier to be our own kind of human and not worry so much about being normal?

I believe that if we ALL accepted and loved ourselves truly without the insecurities, judgement, and criticisms, we would also and only have that for all the other amazing humans in the world. We would just love humans for being human… instead of categorizing people or ourselves into groups.

It can be considered normal to feel like a victim, less than, unworthy, like a failure, or just not good enough. What does that say about normal? Especially when you realize that saying nice things about yourself in public is not really considered a polite thing to do… you are called a “braggart” or “full of yourself”. How is it socially acceptable that normal is not admiring the unique and creative bad ass that you are?

And I mean genuine admiration, not the fake shit that some people try to flaunt as good self esteem. If you say that you are better than this person or group, then you are full of shit. I don’t care what excuse you use, whether it is “I have more money, I’m smarter, I am this or that”, or whatever… If you need to put someone, something, or some group down to lift yourself up and feel better about you… then it’s fake and a destructive habit that you learned in life.

Focus on your relationship with you, because that is where your power is. Not in what some other human is doing or where you fall in line in the system.

The system is normal, but we were not born normal. We were born extraordinary and meant to shine our unique creative light into the world. We are all so much bigger than our insecurities, our doubts, our fears, or our labels in society… we are so much more… ALL of us.