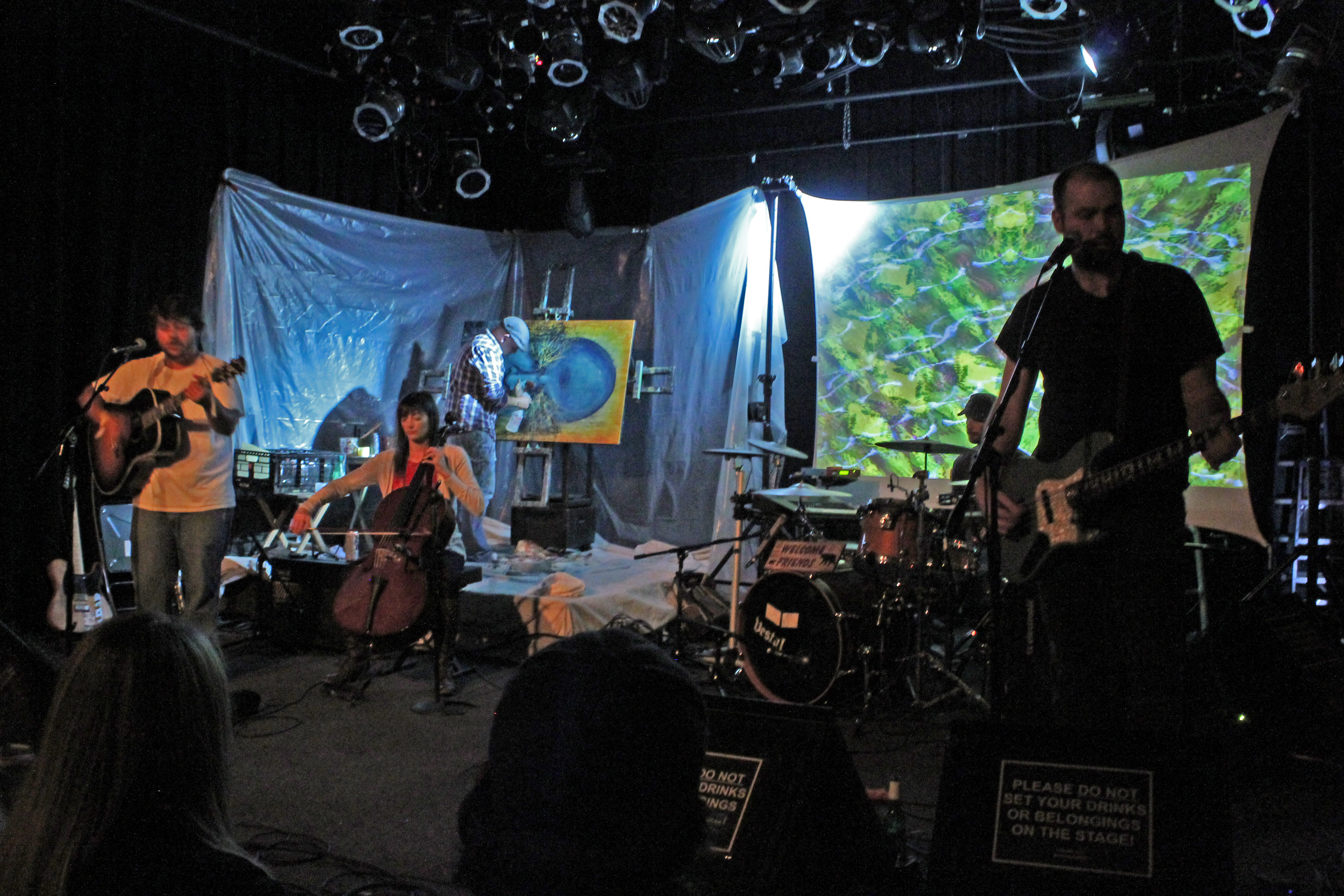 Last Friday, I was on the stage at Vinyl Music Hall with some of the best musical talent I’ve heard in a long time. It was an awesome experience and one that I will remember. I mean, c’mon there was a live freakshow on the stage during intermission… How freaking awesome is that… and slightly disturbing, but awesome!

I was joined on the stage by the amazing Dinosaur Daze, the beautiful Megan Dill, Company of Ghost, Kaboom and Gio Lugo. They rocked the stage while I did my thing on canvas. It really was a freakin blast.

This isn’t the first time I’ve done a live painting, Dinosaur Daze and I have had a few shows together. I think their music and my painting style is such a perfect match that the universe just merged us together.

The interesting thing about this particular show is that I felt nervous. Now, anyone that knows me, knows that it takes a lot to make me feel nervous. The night before I was dreaming of being on stage and being attacked by GWAR as I tried to save my easel from exploding.

I took the stage and all of my nervousness was gone. Here is what I determined from this particular experience… I was focused on worse case scenarios instead of how awesome it was going to actually be. I mean, it was only a day or so of it, but that would be a day or so more of stress that was completely unnecessary.

In the end, as with everything, things worked out better than expected. In fact, it was FREAKING AMAZING!