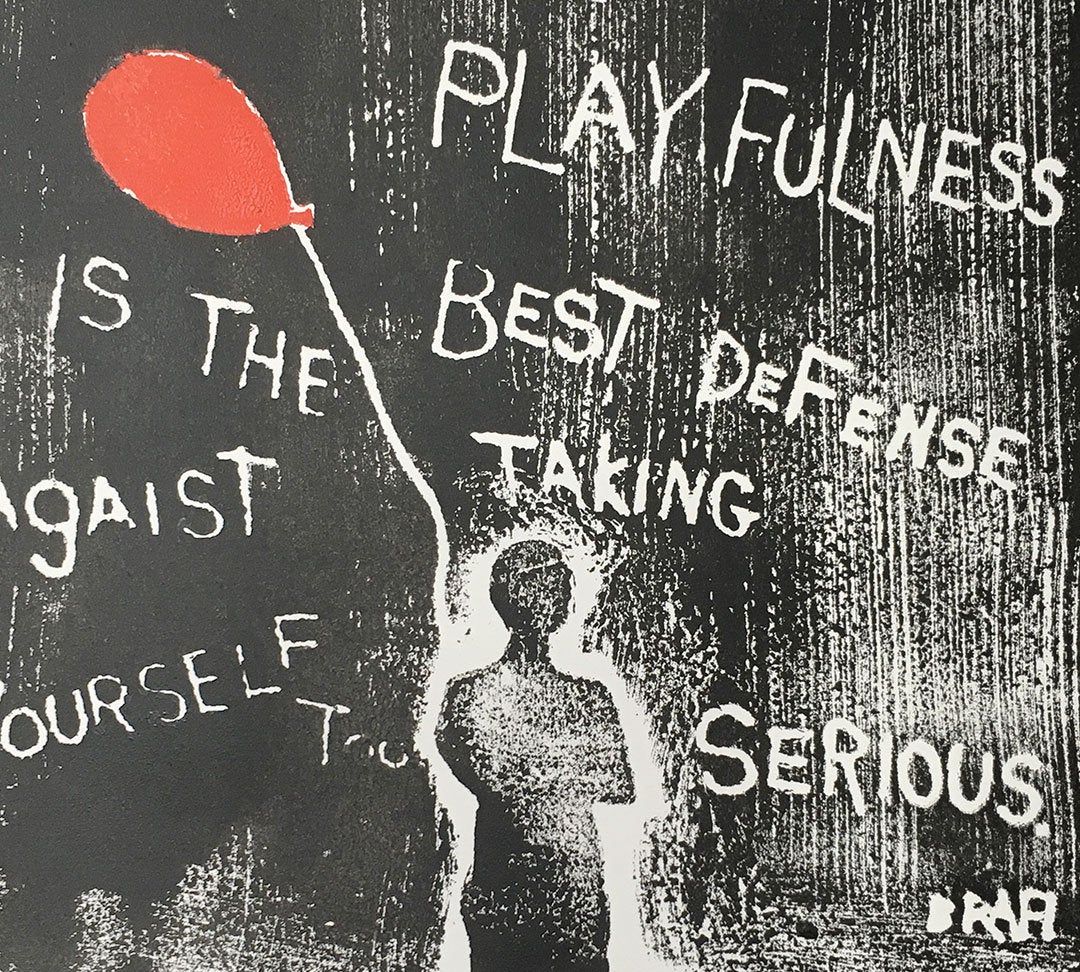 I think one of the reasons things seem like hard work for most people is because, for the most part, we are not being chased by lions anymore. Stress, anxiety, and a plethora of other emotions are tied up in this little thing we do when we go into fight or flight. It is a natural response to danger. The problem is that we go into this danger response when we feel a looming deadline, or there is a bill that is due at the end of the month.

For a lot of people out there, the simple act of speaking in front of a group is paralyzing. It can feel like a life or death situation. People will say things like “If I say the wrong things, I’ll be so embarrassed I’ll die.”

Imagine starting an art career, or any other harebrained idea that has been nagging at you. How much of that is put to a standstill because of this crazy response that is designed to keep you from becoming supper for a lion? Here are six things I tell myself to motivate myself to do that thing, but also remember to have fun.

I guess the most important take away for me is that life is a short occurrence, so you might as well do the things you want to do… and have fun.

2 thoughts on “Just Do That Thing, But Have Fun”