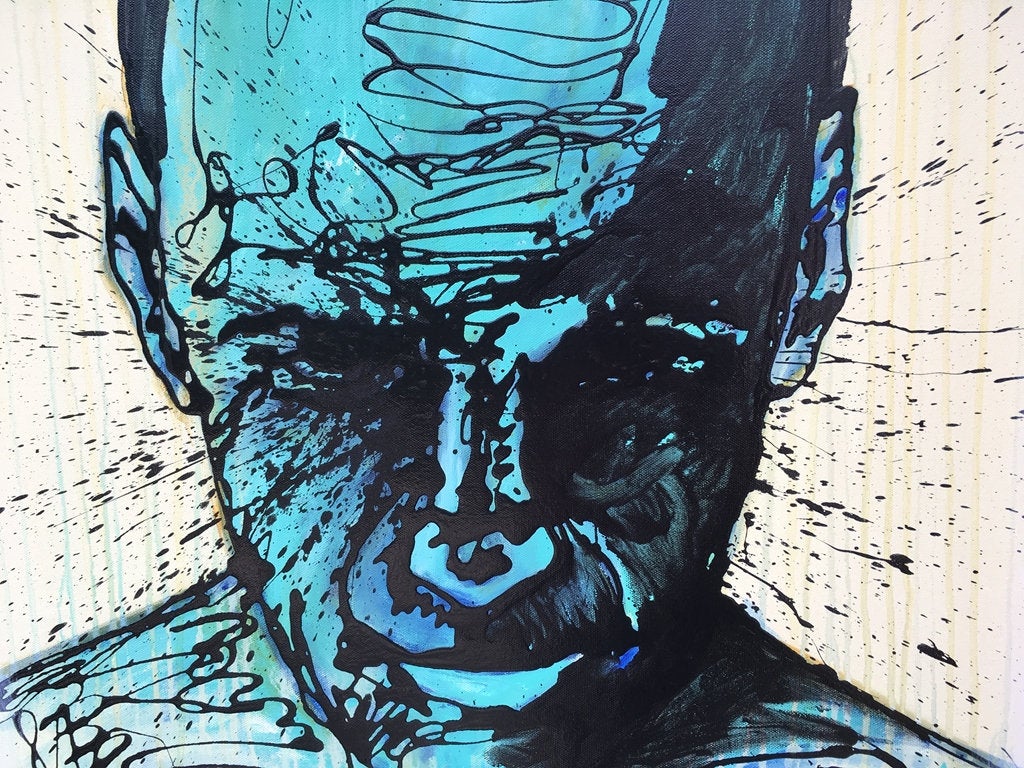 This month has been personally challenging for us… well, this year has been a challenging cluster of fudge. No matter how much we try to avoid negative crap in our lives, crap happens sometimes… or a lot of times.

For the most part, Klee and I focus on the positive and look on the bright side of things. Even then, there are times that can get overwhelmingly craptastic. It should come as no big surprise that when stuff goes wrong, things tend to stack one on top of the other.

This is where the last proverbial straw can easily break the camel’s back.

“That’s the last straw!!! I can’t take this anymore!!” may come out of your mouth or other less PG statements which all mean the same thing… I have had enough.

No matter how much we focus on the positive and look on the bright side of things, there is always a chance of being overwhelmed by negative emotions and dark thoughts. In other words, when it feels like it is just too much, it is easy to lose your shit.

Some people build a wall around this because they see it as a weakness to get angry or emotional. Usually, these people are more concerned about what other people may think of them, so behind closed doors they struggle in solitude while the world around them only sees what they want them to see. Honestly, this is the culture we all live in. It is normal to put up a strong front for other people when you are literally falling apart inside.

On the flip side to this, you have people that easily lose their shit and become volatile. They are so consumed by their own drama that they completely overlook what the people around them are going through. They become absorbed by what is happening to them and want others to feel empathy without feeling empathy themselves.

I grew up with examples of both.

With one person, I had no idea what they were actually feeling so I would overcompensate to try and get an emotional response. I always felt like I couldn’t get anywhere with them, and when I broached on a subject that was buried, they would lash out and get defensive… that’s usually where the conversation ended and I would walk away feeling like I had done something wrong. Most times this person would tell me I was doing it wrong and it was my fault that they didn’t open up.

With the other person, I was constantly walking on eggshells to make sure I didn’t say, do or have something random go wrong because it would set them off. This is where you try and control circumstances in the environment because you want the other person not to encounter a trigger. I was perpetually trying to predict and prevent anything that would make them upset. Again, I would overcompensate and usually cause a situation to become worse. When this person had a meltdown, they usually got upset with whoever was there and lashed out.

The interesting thing is that everyone has these moments, moments where shit gets to you. Some of us have an explosive moment and reflect and realize that is not who they are or who they want to be… many don’t.

It’s like the social norm is to be either a person who doesn’t allow feelings to break their social appearance, or you are just an emotional wreck.

The thing is, WE ALL HAVE EMOTIONS… AND WE ALL HAVE A CHOICE ON HOW WE DEAL WITH OUR EMOTIONS. We all lose our shit sometimes, even if you bury feelings or use them as a weapon. The problem is not knowing that there is a big difference between reacting or choosing to respond. I think growing up being called too emotional or that we don’t have feelings is the reason people are not educated in dealing with their emotions.

Reacting: Something triggers an emotion and you react with a knee-jerk response that is typical of the way you usually react. You tell people things like “Whenever YOU do that it causes me to do this, so stop doing it that way.” Some of these reactions have been repeated thousands of times over your lifetime and are usually learned habits. When this happens, there are usually conditions in place that need to be met in order to trigger it or make it go away.

Responding: Something triggers an emotion and you react with a knee-jerk response that is typical of the way you usually react. At some point (either right away or when you are in the midst of the reaction fog) you stop and take your focus off of the trigger and ask yourself “Is this who I want to be?” Understanding that you are dealing with your own habits and you can chip away at those little by little. You also understand that you have to face the feelings to actually make some headway. This means being brutally honest with yourself. It will require you to say things you don’t want to hear about your behavior and insecurities that you feel control you. This is the hardest part and why it’s easier to lash out and bury the dark feelings. Unless you confront those deep dark recesses of yourself, you may never release whatever is causing the emotional reaction.

Yesterday I shared a motivational artist mp3 with our rogue artists on Patreon. Motivational MP3’s are something I’ve created for myself over the last ten years. Basically, it’s me talking to myself, reminding myself of something that is easy to forget when a particular shit hits a particular fan in my life.

I have some recordings on staying motivated as an artist, continuing on despite the obstacles, and remembering that I get to choose my life no matter what the naysayers or I might think. They are my way at chipping away at the habits of insecurity that I may have.

When you go down a downward spiral of reacting to anything in a negative way (person place or thing) things can easily stack on top of each other and next thing you know, you feel like you are drowning in molasses.

As an artist, it is easy to feel discouraged, unmotivated, or even stupid and frivolous. We tend to feel lost in a wilderness of solitude surrounded by a world that doesn’t respect or understand what we do or why we do it. It’s easy to feel like you are losing.

We are constantly just waiting for things to get easier.

I’m sorry, but I am going to be brutally honest with you now… Things never get easier, we just grow, evolve, and find better ways in overcoming obstacles. We form new habits and learn to smile more. We learn to not dwell on the past, or let our negative thoughts (or someone else’s) shape our world.

It is the struggles, hardships, and moments where we feel we can’t keep going that make us stronger. These are the moments where you have an opportunity to show yourself once and for all who you really are.

So if you have what I like to call “A Momentary Lapse Of Brilliance” that’s fine. Just respond to it. It doesn’t define you. There is no such thing as TOO emotional, or NOT emotional enough… they are both ways of not confronting our own emotional shit.

So get mad and lash out and refuse to let it control you. You fight. You cry. You curse. You punch. You wave your fists at the heavens. Don’t blame the person, place, or thing… look at your own insecurities.

Tell your insecurity,  your bad day, your crappy situation, or whatever else “NOT TODAY!”

I GET TO CHOOSE

I GET TO DECIDE HOW I FEEL TODAY.

I’M IN CONTROL OF WHO I CHOOSE TO BE EVERY MOMENT OF EVERY DAY.

AND TODAY, I AM FOCUSED ON THE FACT THAT I AM A BADASS.

Then you live your damn life like the badass that you are.

Remember, chip away… You may only be a teeny bit more badass than yesterday and THAT IS BADASS 🙂

4 thoughts on “Are You Too Emotional?”