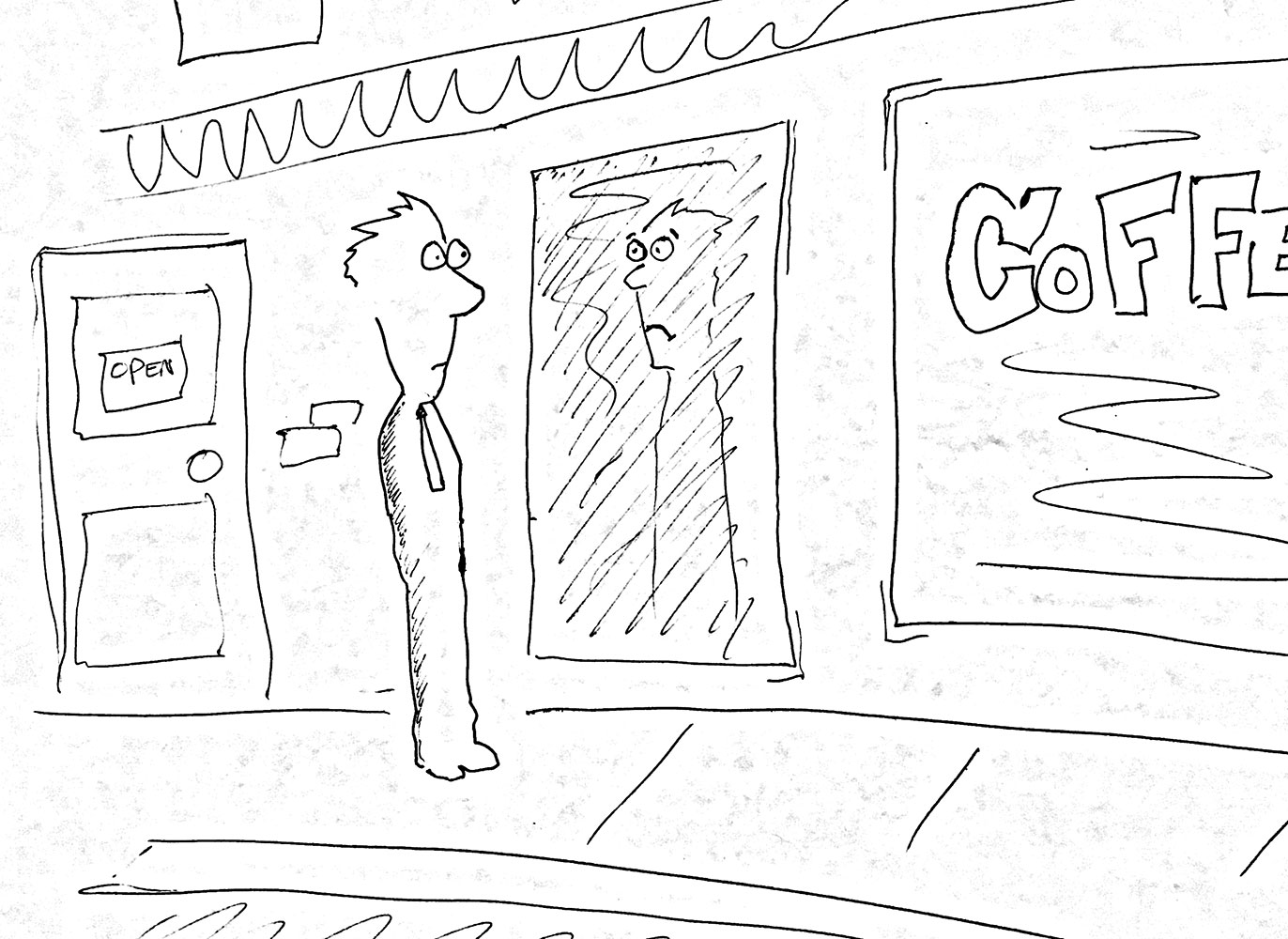 Hi guys, here is a short story I wrote a while back, I wanted to share this with you. It seems a little dark in the beginning, but I promise the ending is pretty bright.

The Man And His Shadow

One day, a man was walking down the street on his way to work. His thoughts were on his life as he looked into his passing image in the store windows.

“What has happened to you, you look horrible.” He thought as he turned away
from his reflection.

His stomach rumbled a bit in passing the faint smell of delicious coffee and pastries emanating from the small café on the corner.

“If only you had woken up earlier, maybe you would have time to eat, not that it
matters, you don’t have a dime to your name. You’re such a loser, you know that?”

The man’s expression soured and his shoulders slumped a bit. He made his way to the bus stop and stood next to a group of people, none looked up from what they were doing.

“You don’t even exist, you could die tomorrow and no one would notice. You are
worthless.”

He looked out at the passing cars as people made their way to work. Some were talking on their cell phones, others seemed barely awake, and some were applying make up.

Just then, a man in a beautiful expensive car drove up. He had a smile on his face and exuded a confident warmth.

“Look at that, if you actually had done something right in your life, maybe you would drive your own car instead of taking the bus with all the other losers.”

The man looked up briefly at the crowd and then back at the crack in the cement by his feet. The bus arrived and he fumbled with his change, and felt slightly embarrassed that he had taken as long as he did.

“You do this every morning, you make yourself look like an ass everywhere you go. You are such an idiot.”

Not looking at people, he made his way to the handrail and stood there quietly as the bus took off. A beautiful woman stood at the other end of a group of commuters. The man always looked forward to seeing her, but had never had the nerve to talk to her.

“Are you kidding me, what the hell do you have to offer her? She would laugh in your face, or vomit. If you talk to her you’re just going to make yourself look stupid again.”

He looked away disappointed, and wondered if he would ever meet someone. He glanced at his reflection on the bus windows and noticed something on his shoulder.

When he looked down at his shoulder, there was nothing there. Looking back at his reflection, he could distinctly make out a form of a small person sitting on his slumped shoulders. It bent down and whispered in his ear.

“Not only are you an idiot and a loser but now you’re going crazy too. You should just end your meaningless life now and put everyone who knows you out of their misery.”

He blinked his eyes and the image was gone.

Maybe it was just the fact that he was hungry, he couldn’t afford to start going crazy now on top of everything else that sucked in his life.

After getting off the bus, he watched the beautiful woman walking away, a dream that would never come true. Suddenly, a cab honked it’s horn, startling the man.

“Watch where you’re going you idiot!” Screamed the cab driver.

The man jumped out of the street and looked around, embarrassed.

“Even the cab drivers know you’re an idiot. You might as well walk around with a sign that says “I’m an idiot”.

The rest of the day pretty much went the same for him. He avoided talking to people, and just kind of kept to himself. The conversations he had were either about work or mindless small talk.

That night as he was getting ready for bed, he looked into the mirror and saw the shadowy form sitting on his shoulder again.

Frightened, he looked away. After a few seconds, he felt himself compelled to
look again, and the shadow was still there.

“I am you. A form of you anyway.” The shadow said.

“What does that mean? Why are you here? Am I going insane?” The man questioned.

“It means” The shadow shrugged “that I am the voice that tells you what you think you should hear. I am you, telling you what you can’t do, in order to keep you safely where you are most comfortable.”

“I have been conditioned by you all your life.” The shadow continued “You have told me what to think, what to say, and how to remind you.”

“My whole life?” The man asked.

“Yeah, but our relationship was much different when we were young. I was much brighter then. Our world was one of wonder, exploration, and imagination. We played for hours and loved openly. There was nothing we couldn’t do, and we did everything our hearts desired.”

“What happened?” The man asked.

“We were introduced to fear, limitations, intimidation, by words or actions. You started to tell me to remind you of these things so you wouldn’t get yourself into trouble. All of these fears and limitations were based on other people’s opinions. We believed them as our own because they would keep us safe.

After a while we were just not good enough. We believed we had to be something other than we are in order to be worthy, worth it, or good enough. We consoled ourselves by saying nobody was perfect, but everyone else seemed so much more perfect than we could ever be. So a shadow filled my light, and I became darker. It became my job to remind you of your imperfection.”

“Why does it have to be this way?” The man asked.

“It doesn’t. I am tired of telling you horrible things based in lies. The truth is, you are perfect, you are the most perfect and beautiful version of you that exists in this universe. You are a unique gift to the world.”

The man looked deep in the mirror, and tears swelled in his eyes. He saw that the shadow was actually him. The shadow was the smoke that had prevented the light from shining within him.

The shadow was a lie that hid the truth from him. In that moment he caught a glimpse of his perfection. He realized that almost everything he believed to be true about himself was a lie he believed. The light shone within him, the light that was always so familiar.

He made a choice at that moment based on what he wanted out of life. A choice based on fearlessness and limitless potential. He made a choice, looked at the person in the mirror and said…

ATTENTION ALL AWESOME HUMANS! WE WILL BE RELAUNCHING THE WEBSITE WITH A VIRTUAL SALE ON SATURDAY 12/11/21 AT 5PM EST Dismiss