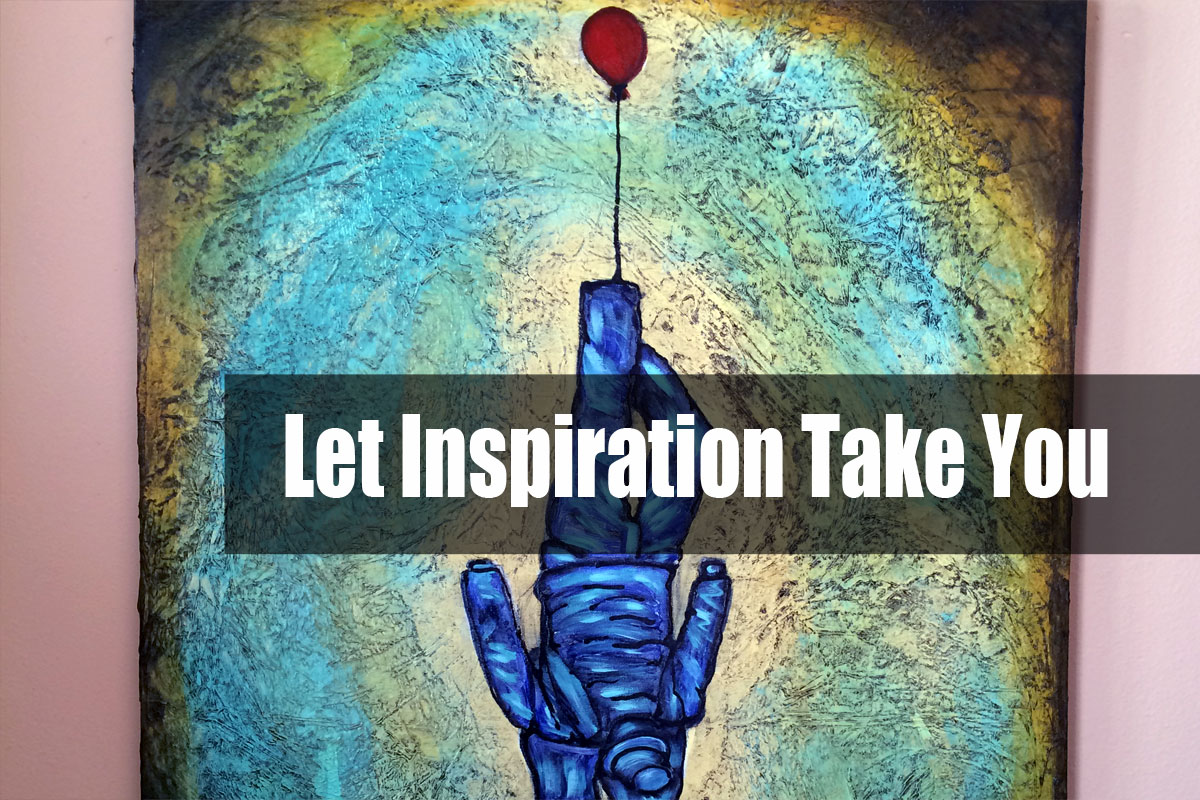 If you could ask me six years ago “Hey Rafi, do you think you could ever make a living from your art?” I would have responded “I wish.”

I look at the old version of me, that guy was pretty cynical and pessimistic, it is no wonder I was stuck where I was. I was pretty comfortable in my corporate job following someone else’s agenda and thinking that life was all about sacrifice and quiet desperation. Obviously, I’m not living that life anymore, which is awesome.

I created a piece that is symbolic of the two versions of my life. In the past I was always waiting before making the move towards something I wanted. It was “When I have more money” or “When I have more time” or “When I retire” which never seemed to come. The bottom figure is sitting on his hands and hiding his face with his hat, which means he can’t see outside his small reality.

“Hey Rafi, do you think you could

ever make a living from your art?”

I would have responded “I wish.”

Later in life. I allowed inspiration to guide me like a mad man. I realized that life is too short to not live it fully now. I’ve always wanted to work for myself and create art for a living and decided to take the leap. The top figure is upside down with a balloon lifting him in the air. The balloon symbolizes inspiration, he is upside down because it was completely outside of my comfort zone. I had to become my biggest cheerleader in order to push myself forward through the minefield of doubt, and that was my biggest challenge. The figure is also looking up, it symbolizes the glimpse of the expanse of possibility and potentiality that we sometimes have blinders to.

I now know that it is possible for EVERYONE to succeed at anything that they put their mind to. The only thing you have to overcome is the challenge of doubt, it is the only thing that could ever truly stand in your way. I realized that I was with my own mind 24 hours a day, 7 days a week and I could either be self motivating or self deprecating. Had it been someone other than my own mind saying some of the crap that I said to myself I would have told them to suck an egg a long time ago.

Life IS too short to spend ANY time being mean, sarcastic, pessimistic, critical, judgmental, or mean to yourself. It’s really silly, some of the bullshit excuses we use to be unhappy. It’s your life, it’s your mind, own it. You get to decided, you either sit on your hand and wait or you let inspiration guide you even when everyone else thinks you’re nuts.

ATTENTION ALL AWESOME HUMANS! WE WILL BE RELAUNCHING THE WEBSITE WITH A VIRTUAL SALE ON SATURDAY 12/11/21 AT 5PM EST Dismiss