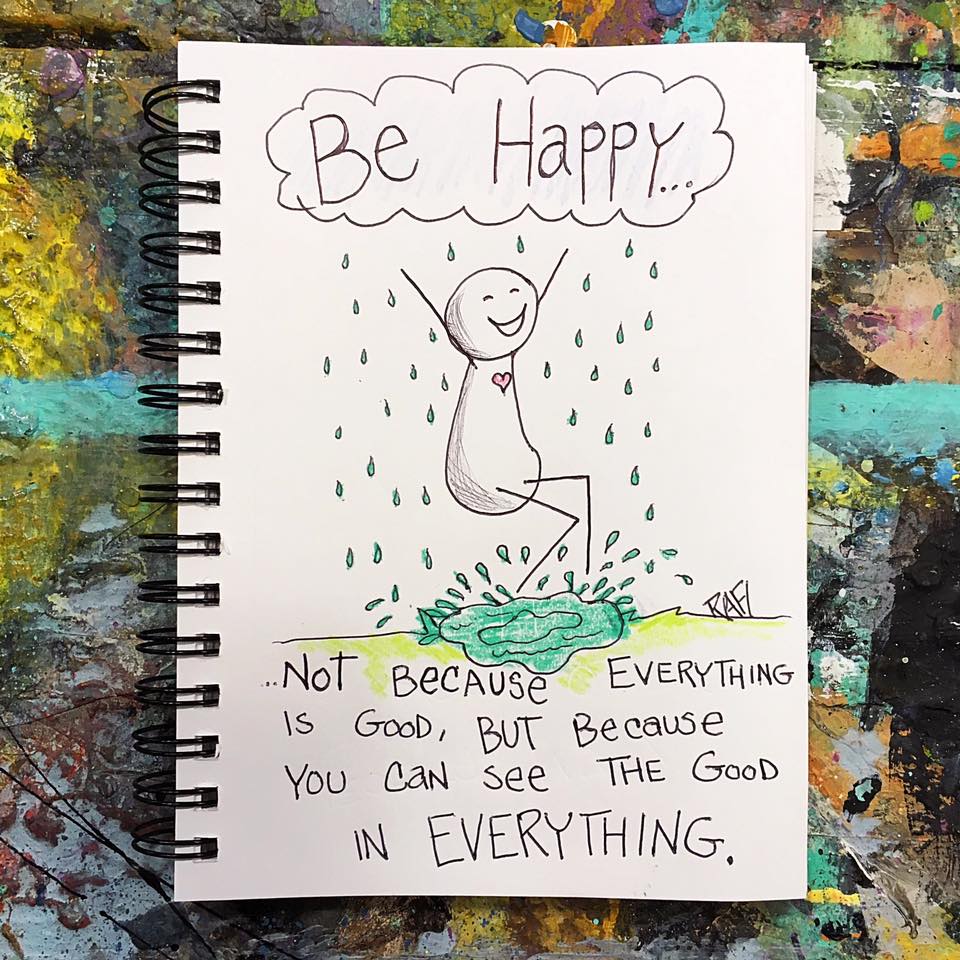 Recently I read an article from the Washington Post that was talking about toxic positivity. My first reaction was “Great, what bullshit is the media going to try and feed us now?”

As much as I hate admitting it, Klee and I are public personalities. That doesn’t mean we are famous, it just means there are some people out there who are interested in what we say and do. We post a lot of videos talking about changing your perspective and paying attention to your mindset when you are approaching something as strange and alien as becoming an artist.

We tend to look at the bright side of things, which is probably why I became so defensive upon hearing about the article. There are plenty of people (the media included) spreading so much toxic information, conspiracy theories, and us versus them bullshit, that I thought this article was just a bunch of the same jargon.

Luckily, in my opinion they were not trying to feed me any poop, albeit more dramatic and alarmist than it needed to be on the subject, but that’s just “news” now. The article actually covered something that I have been thinking a lot about lately.

The “good vibes only” trend or as I called it in a video “forced positivity”.

Practicing a positive mind-set is a powerful way to approach the world, but I’ve seen people put a positive spin on something simply because they are avoiding the need to deal with the negative emotions they feel.

Natalie Dattilo, a clinical health psychologist with Brigham and Women’s Hospital in Boston say “It results from our tendency to undervalue negative emotional experiences and overvalue positive ones.”

I don’t know if I agree with her, I think we may overvalue positive experiences simply because we are using it as a coping mechanism to avoid the bad ones. In my experience, if you avoid something that might be eating at you instead of facing it head-on, it doesn’t go away. It doesn’t mean you need to dwell there and succumb to the negative emotions, but unless you face the things that are bothering you, eventually they will surface again and again. Of course, I am not a clinical health psychologist with Brigham and Women’s Hospital in Boston.

Forced positivity is like covering up a pile of vomit in your hallway with sheet of paper that has a happy face drawn on it. The vomit is still there and you can try to ignore it, but it still stinks. Eventually, it just soaks through the paper and comes to the surface. The only way to really deal with the vomit is to get down and dirty with it and clean it up. Yes, it is not easy and it can be quite repulsive, but ignoring it won’t make it actually go away.

People who are genuinely upbeat, usually deal with things as they come and don’t bury anything down under a layer of “everything is fine.” When they are not doing so great, they let you know. They may not linger there for a lifetime and will usually take some kind of ownership for how they feel. I think there is a huge yet subtle difference between having a sense of empowerment and being positive.

I know amazing people that are very positive but the moment you broach on a subject that may touch on a nerve that is uncomfortable for them, they deflect and might even get angry. It’s definitely easy to just throw a happy face sticker on and pretend like you don’t have any negative feelings about anything. The only problem with it, is that it’s not sustainable, in the long-run it is exhausting and will wear you down.

It is way harder to go deep and admit to yourself that you are not in a good place, and that you have some things that might be really ugly inside that need to be looked at. You may need to admit that you need help, or that you are simply not ok.

It is a big problem when people feel forced to seem or be positive in situations that suck, or things legitimately need to be addressed. In the “good vibes only” culture, some people feel ashamed of their negative feelings, so they hide them. There are people out there that are worried about addressing negative stuff that might be going on inside of them for fear that it will solidify it in their existence. The problem with this is that it can’t be addressed if people don’t deal with the fact that there is distress or need in the first place.

The fact of the matter is that shit kinda sucks right now. Denying, minimizing, or invalidating those feelings because of external pressure or your own thoughts can be counterproductive and harmful. If we throw on a sticker and feel like crap under it all, we then judge ourselves for feeling pain, sadness, fear, which then produces feelings of shame, not-enoughness, and guilt

Desperately wanting to feel happy in a crappy situation and not facing the situation can leave people experiencing an emotion about an emotion. Which is usually disappointment because you aren’t as happy as you want to be.

One thing I try to remind myself of every day, especially when I am putting myself out there in the public arena, is that I like looking at the bright side of things, but I also enjoy facing the darkness. There’s nothing wrong with trying to make the best of a crappy situation, I do it all the time. Being positive doesn’t mean you smile as your eye twitches uncontrollably because you are putting your negative feelings on mute. To me, it means making the best of the suckage that is going on. Making the best of it is accepting the situation as it is and doing the best you can with it, and not avoidance of the fact that we’re in a really bad situation.

Just my thoughts on the subject.