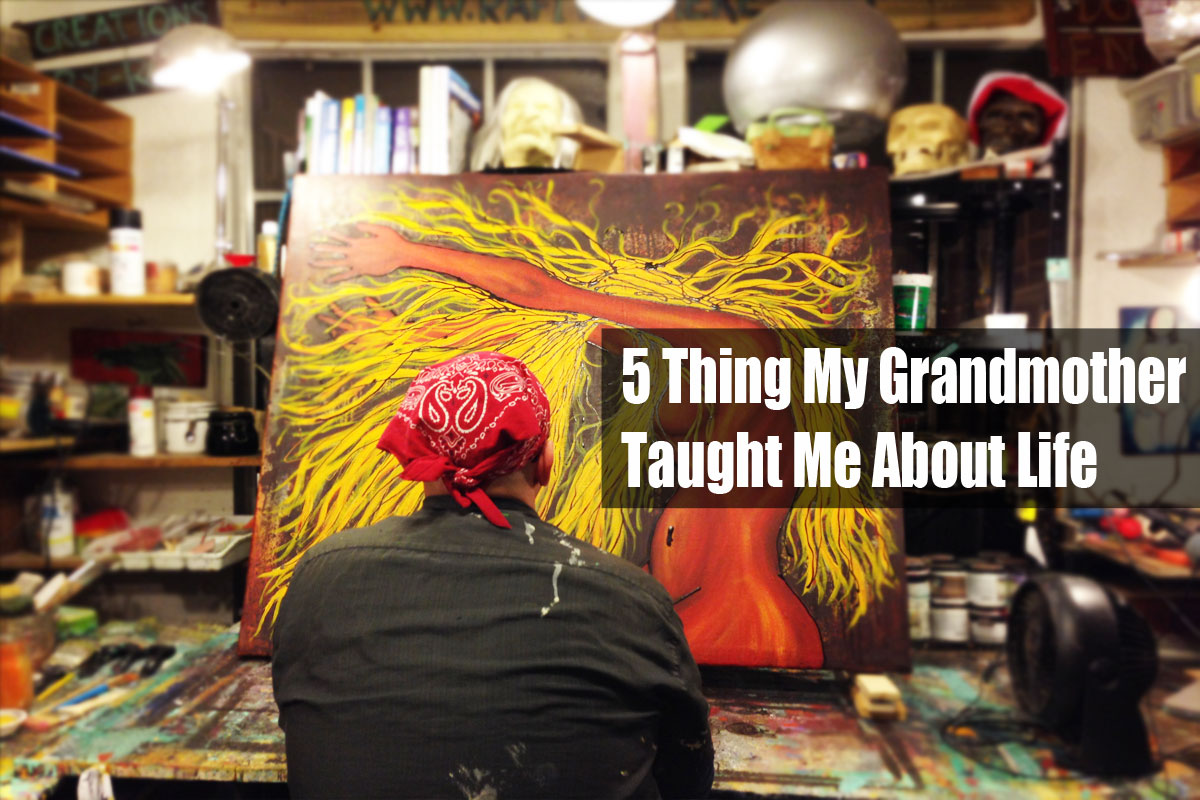 When I was a kid, I had the amazing experience of being able to spend summers and  a year living with my grandparents in Puerto Rico. I think that year, along with the summers formed a lot of the traits that I admire about myself. My grandfather was a fun loving poet who liked having a drink or two and my grandmother was a feisty and loving woman who would stop at nothing to make sure you were taken care of.

My grandmother passed away last week and I felt the wind get knocked out of my sails a little. I started to think about the impact she had in my life and what I’ve learned from her.

My grandmother would speak her mind no matter who she was talking to. I remember my grandfather telling me a story about their days in Cuba right after F7idel had taken over. Everyone was walking on eggshells in fear to speak out against Fidel, because even your closest friend could turn you in if they thought you were anti government. She didn’t care, if she had something to say, she was going to say it. My grandfather told me it was one of the main reasons he persuaded her to leave the country and come to America. Even close to eighty, if she didn’t agree or had something to say she would say it.

My grandmother had her 80th birthday recently and my brother was there. He said she drove him around Miami to different destination, of course he held on for dear life because she convinced herself long ago that the speed limit is 80… everywhere. Like I said before, she was feisty… feisty for life. She never saw herself as weak or unable to do things because she was older. In my experience, she never used it as a crutch or an excuse. I remember being with her once and this guy who was in his 60s hobbled his way passed us, and she said “I hope I never get that old…” She was 75.

You can do amazing things

My grandmother was a big believer in metaphysics. Metaphysics is a traditional branch of philosophy concerned with explaining the fundamental nature of being and the world that encompasses it. Her and I had a lot of amazing conversations about the mind, body and spirit. This has a huge impact on who I am today. When I was little, I would have terrible reactions to allergies which would cause my hands to swell up and blister. She would close her eyes and hold her hands over mine and cure them.

Be Feisty for life and love

My grandmother in my mind is the embodiment of someone who lived her life, her way and fully until the very end. She laughed, she played, she smoked, she argued, she danced, she relaxed and enjoyed herself until the very last moment. I admire that. I may not have always agreed with her point of view, but it always made for a good conversation, where most likely she would enjoy the process of arguing the point. She was 4 ft nothing and tougher than just about anyone I know, and that is awesome. She also had one of the biggest hearts I’ve known, especially for friends and family.

When I was a kid in Puerto Rico I remember that the majority of my games were in the imagination. I feel like my grandmother cultivated that by allowing me to take adventure to the next level. I’m sure, had she known, some of the things I was doing she might have put a stop to it, such as parachuting off the roof with a bed sheet, or building a protective case out of a box and inching towards the edge of a cliff (only 4 foot cliff, I wasn’t that stupid), or jumping off the roof in a red cape. Although these particular endeavors did not fully succeed, my imagination has come to be the most powerful too I have in my life… I think she knew that.

Thank you abuela, I love you, and I’ll talk to you soon when my mind is still.