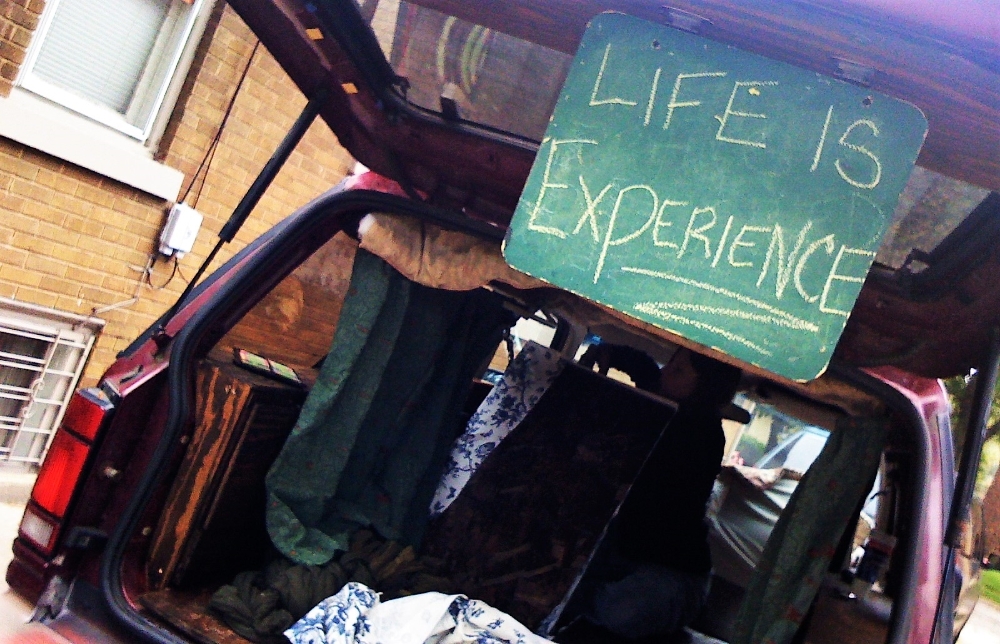 This month is always fun for me, because it marks the anniversary of Klee and I taking a chance on the unknown. It will be about 9 years since we jumped into the Explorer and decided to go on an adventure to push our limits beyond what we had experienced.

I’ll never forget the day that Klee looked at me seriously (it was a very dramatic tele-novella look) and said “I’m going with you”. See, I had decided that I was going to travel around the country and experience a new perspective on life. Despite the fact that my family kept saying I would probably die from eating poison berries, my mind was set.

In fact, even finally meeting the love of my life and developing a beautiful new relationship wasn’t going to deter me from taking this journey.

I had spent my life the same way that many people do, being someone who I wasn’t. I mean, I didn’t really know who I was. I knew I liked certain things, didn’t like other things, got mad about things, and laughed at others… but I wasn’t sure if it was just who I thought I should be, or who I really was.

I had never really taken a look at myself from the outside, or challenged my own thoughts. I just reacted to situations and circumstances in life, but never really asked the question “Why am I reacting this way?”. I think I was under the impression that I didn’t have a choice, that I was “just that way”.

As a result, my life sucked, or at least that’s how I felt. I think back then I was so far down the rabbit hole that no matter what the circumstances of my life could have been, I would have made it suck in my head.

Then I hit rock bottom… and it was the best thing that could have ever happened to me.

It was as if someone had reset the computer in my head, and for the first time in my life, I was questioning why I was settling for beliefs that worked against me, and actually caused me to hate myself.

Cut to 2 years of self examination and I was ready to challenge the world.

Yup, that’s who Klee decided to get in a car and travel around the country with. Some hairy bandanna wearing guy that freaked out her mother.

A guy that she would spend weeks in the middle of the everglades with.

A guy that she hiked shark valley with, even though we underestimated what 14 miles would take out of us.

A guy that she took turns with hugging a four and a half foot alligator named Leroy.

A guy she wrote music with and performed live while his knees gave out because he was so nervous.

A guy that she lived in Key West with for several months while they worked out some of their baggage.

A guy that she went kayaking with for their first time and got lost in the sun for six hours and still had a blast even though they were sunburned.

A guy that encouraged her to interview David Sheely who is the top investigator of the Florida Skunk Ape.

A guy she encouraged to show his art for the first time… and who is forever grateful.

A guy that loves her more and more every day and can’t possibly write down all the amazing things we have done so far.

I’m so happy she did.

So, here we are still on this adventure. We may not be driving around the country but we are most definitely staying true to who we are as best we can every day. What I didn’t know back then, when I planned this adventure was that I would be sharing it with Klee… And that I am ever changing, and so is she… So no matter what, every day is a new adventure.