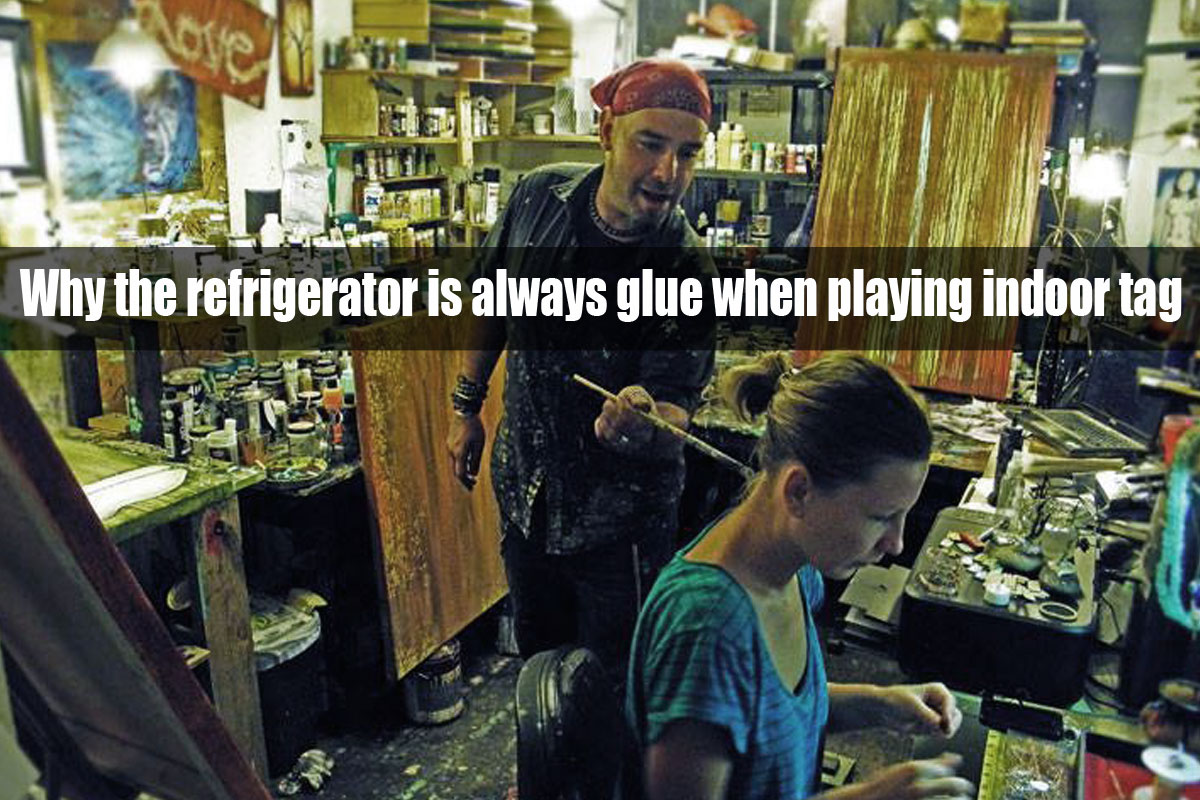 When playing indoor tag as adults there are a few rules that are set in stone. Not just stone, but the most indestructible stone in the universe. I realized I had to write this article when I… Well, this is how the event played out.

As I was walking out of our art studio, I tagged Klee (my wife) on the arm and said “Tag you’re it.”

I caught her bewildered look as I made my way to our kitchen. I grabbed something out of the refrigerator and set it on the counter just in time to see Klee sneaking her way towards me. I jumped back and touched the refrigerator and exclaimed “GLUE!” we then proceeded to run around.

Later she touched the post where she hammers metal and exclaimed “Glue!”

“Because the refrigerator is always glue.” I responded.

“Where does it say that?” She asked.

“In the rules, look it up.” I suggested.

She did, and there was nothing on the vital all important rule on how the refrigerator is always glue when playing indoor tag.

So here it is:

1 – The refrigerator is “glue” or all chaos will ensue causing the house to blow up into a puffs of marshmallow.

2 – No Tag Backs can only be called out by the tallest participant in the game.

3 – If your name starts with the letter “R” you are allowed to mind tag. This means you can just say “Tag you’re it” and the other person is it.

4 – These rules are void if they do not work in the favor of participants who’s initials are “RP.”

Klee Agreeing To The Rule.