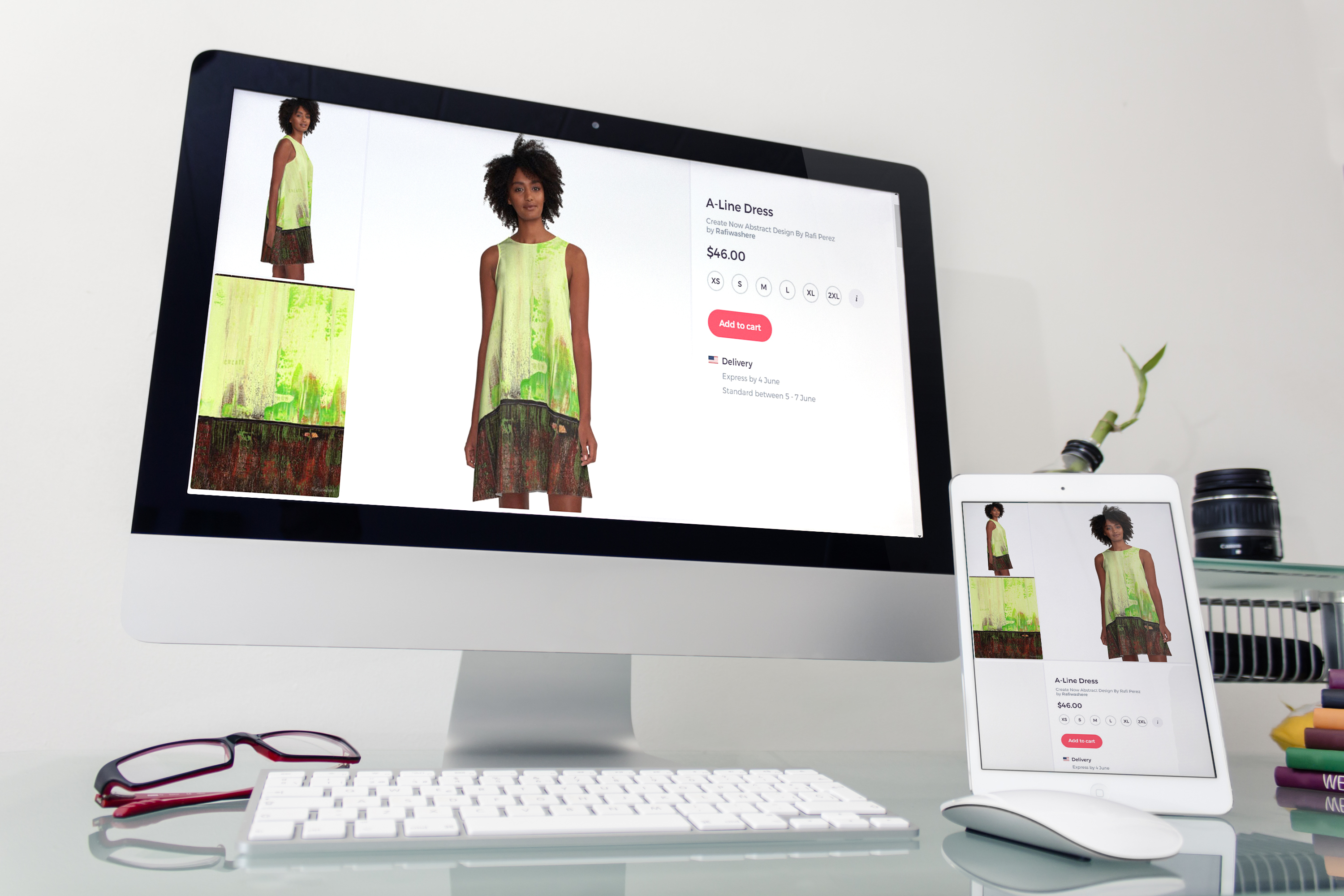 I recently decided to expand my art reach and hit a market that I’ve always been a little too afraid to hit. The market of clothing, mugs, and other cool home decor items.

The reason I have hesitated is because I am so used to being completely hands on with my creations. Every artwork and print that leaves my studio is touched by me and is completely bespoke.

And although I love the idea of producing artistic clothing with my own hands, it is an overwhelming task and one that would stretch me too thin and be quite expensive. Instead I decided to partner up with Redbubble and Fine Art America. They have a great reputation and between the both of them produce a plethora of great quality items.

I’m slowly but surely building a catalog of items. In the design phase I am creating the templates for each product and going over the details to make sure that they not only look awesome, but are top notch.

The plan is to have items for home decor, accessories such as iPhone wallets, Yoga mats, and clothing. The women’s line includes an A line dress and a Chiffon top, along with t-shirts for men.

I am currently in the design phase although technically I guess you can purchase the items I have already listed, though I have not released the series yet. I will be creating some designs that are specifically for t-shirts and various products offered and that will take some time. I plan on scheduling the official release for the Christmas season, so stay tuned.

Please let me know your thoughts and if there is any specific design or artwork you would like to see… I love the challenge.

So, you might think that I’m having a bad week after reading the title of this article. Nothing could be further from the truth, I’m actually having a pretty awesome week.

So good in fact, that I found myself pausing for a moment, staring blankly into the studio and asking myself “What is even going on?”

Sunday, after a facing my unlikely fear, of people relentlessly pointing and laughing at my art, I entered my art into a juried art show. Later that evening I received a phone call that would determine my fate.

It was Artel Gallery, telling me that two of my art pieces got into the show… and that one of them, won best in show.

I was like “Whaaaaaaaaaat??” Needless to say, I was excited.

Then, earlier this week I was able to finalize some art clothing designs. I’ve been working on these for a while and didn’t think I’d be able to pull it off. I wanted something new to offer before the end of the year. They look so awesome, and the response has been great so far. Let me know what you think, I’ll be releasing new designs in November.

Then, today I found out that I was voted “Best Of The Coast 2016 Artist” by inweekly. Which is so awesome to me, and I am so grateful to all the people that voted for me. I literally froze in disbelief, so amazing.

Then, I got an email telling me that my book has been approved for national distribution. It is now carried by Barnes & Noble, Amazon Books, and other national book retailers. Check it out!

So, basically it’s been a pretty awesome week. Thank you so much for your continued support, I appreciate you so much!

I’ll write a little more about these exciting things in detail at some point. For now, we are getting ready for a two day festival, and the studio is electrified with energy.

But, I just couldn’t help myself, I had to share with you.