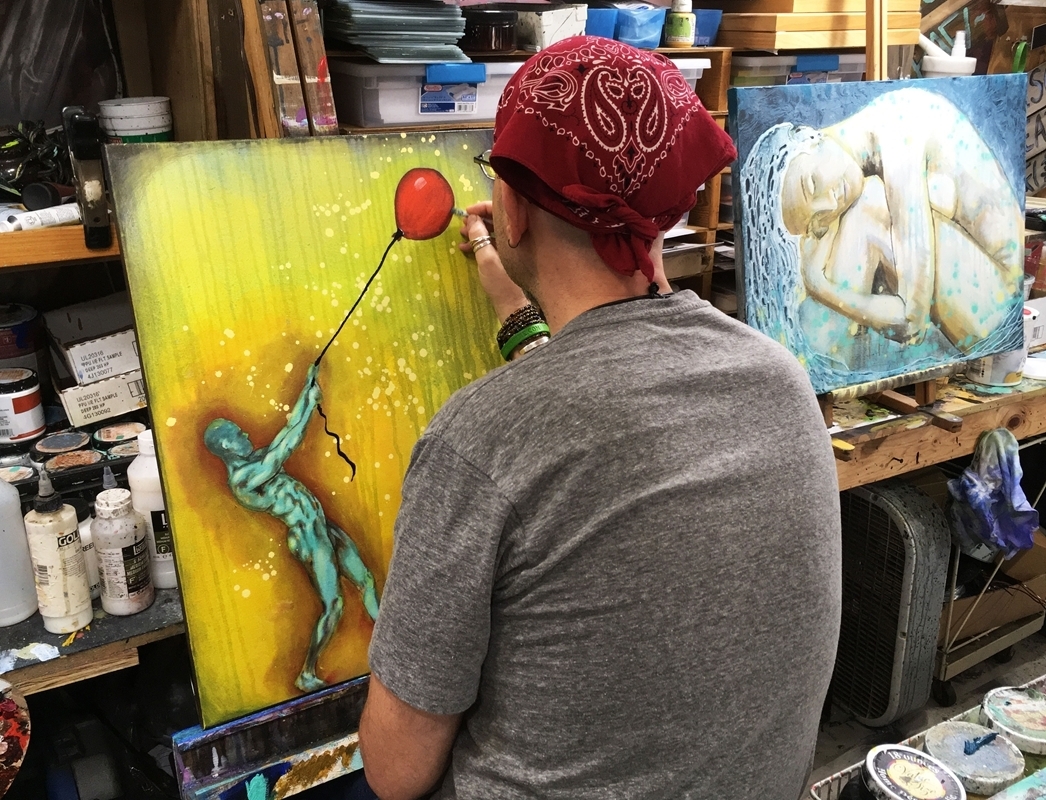 Recently I created a painting titled “The Substance Of The Real.” It shows a rather stoic, old century style, statue of a man struggling to hold on to a big red balloon on a string.

The statement for this piece is as follows:

ABOUT THIS PAINTING
So many things that we hold near and dear… thoughts, beliefs, or habits, we hardly ever question. Yet, many of those hold no substance. This piece is meant to be a daily reminder to question everything, to look closely at your own motivations, and to determine what is true for you… Not to ferociously hold on to something that you don’t quite understand.

Now, I wanted to clarify something about this piece and my belief in what is real in the world. I know that a lot of spiritual beliefs state that the world is an illusion, and a lot of people will be surprised to hear that I don’t believe that.

I do believe that we live in a delusion… I know, let me explain.

I don’t believe that the world is unreal in of itself. It becomes an illusion when we look at it. We look at the world through our filter of understanding, through the eyes of our knowledge, understanding, prejudices, judgments, love, ideas, opinions, and current circumstances.

That world is unreal in the same way that a dream is unreal, because it’s based on delusion. The world is just there minding it’s own business, open for interpretation, it is our interpretation that is the illusion, and thus the way we see the world is an illusion based on our own beliefs.

You take two people to see a symphony, they sit in similar seats, have the same physical experience, and yet they will have a completely unique experience. One person tells you it was terrible, the other will say it was amazing… who’s right? who’s wrong?

Whoever you agree with the most will be right, and the other person will be wrong.

I like the idea of questioning the whole delusion… Cause, you know, I can’t be right ALL the time, and chances are a lot of what I believe has the substance of a red balloon.

In my opinion, you get to choose how you feel about the world, people, politics, religion, love, relationships, anything and everything.

If you ever find yourself repeating some crappy saying that you’ve just never thought about, I suggest you look at that. Where did it come from, some older generation that maybe didn’t have their shit together yet? Maybe an old racist uncle? A victimized mother? A womanizing father? A corrupt grandfather? A jealous aunt? A hypochondriac grandmother? All people that love me, all good people, just screwed up.

I say question everything, remember that the world you see is your delusion, and that you get to decide how you feel about the world you see. You can choose love, and not hold on so vehemently to those beliefs that are outdated. 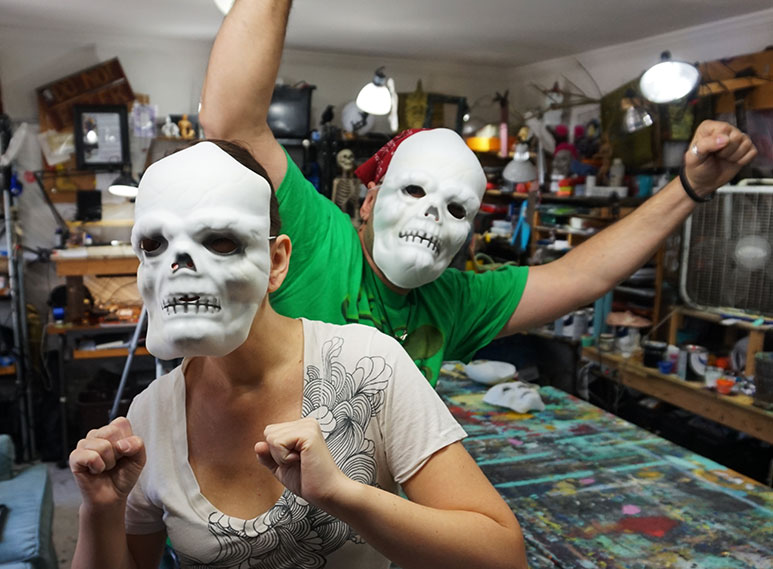 You’re probably like, what on earth are you even talking about Rafi?

Several years ago, when we first arrived in Pensacola, Klee and I wanted to do something fun for Halloween. So after some brainstorming, Klee’s sweet dance moves, and recording of some epic kazoo music, the Boogeyman Boogie was born.

I’ve been thinking of doing a video for a multimedia art installation in the future, and I figured a project like this would be a lot of fun. This year, we want to Boogeyman Boogie with you, watch this video to find out more:

So, if you think you have what it takes to boogeyman boogie, take the challenge, and send me your clip. Can’t wait to see your sweet moves, and remember… Have FUN! #boogeymanboogie