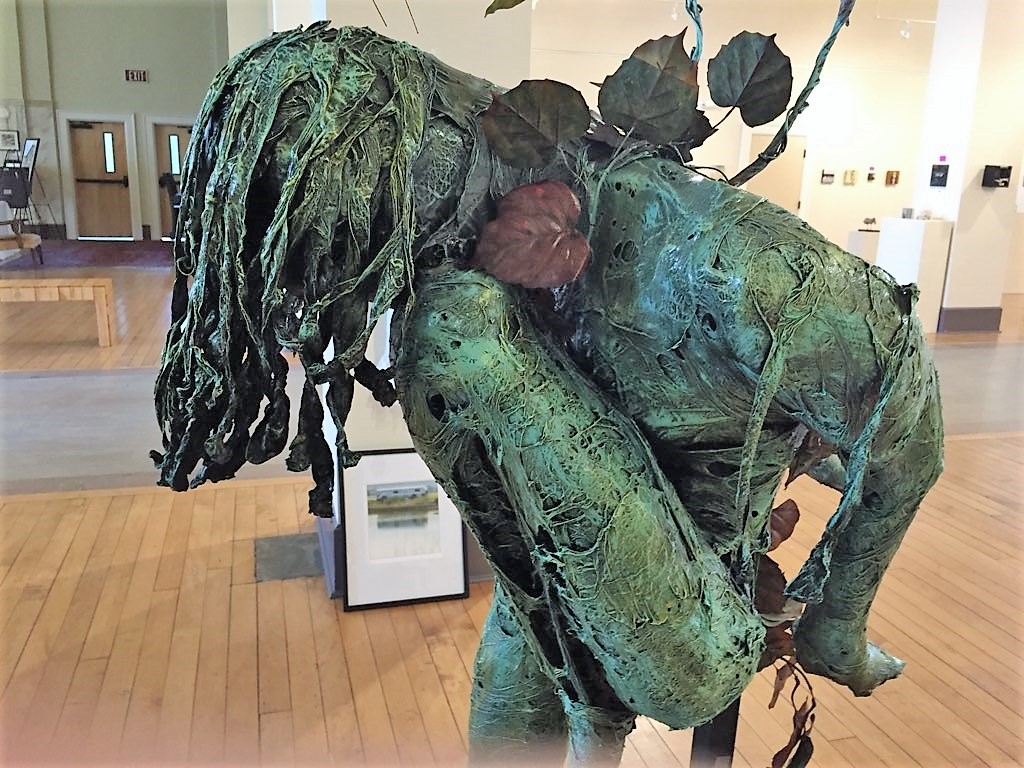 I recently created a piece out of recycled plastic bags and it was giant. Two things that have been on my to do list for quite some time was to create a life size sculpture, and create something awesome using garbage.

Crossing both of those off my list with this awesome Nature Of Being Sculpture that I created for the Artel Gallery show called “RECYCLE, REUSE, REPURPOSE… REPEAT.”

Opening reception will be Thursday May 3rd, 6pm-8pm at Artel Gallery in Downtown Pensacola.

This sculpture is modeled after a series of mine called the nature of being. This series combines human beings with trees to create a beautiful symbol of being rooted yet consistently expanding towards the heavens. Connected, growing, evolving, expanding, and beautiful is the message that I want to convey.

In this piece I wanted to expand on that message, by using old plastic bags to create the form and pose. I wanted the piece to be dynamic, to show some distress, yet be fluid and organic in its movement.

The message is open for interpretation, but in my mind, it is nature reclaiming the world, and bouncing back from the brink. 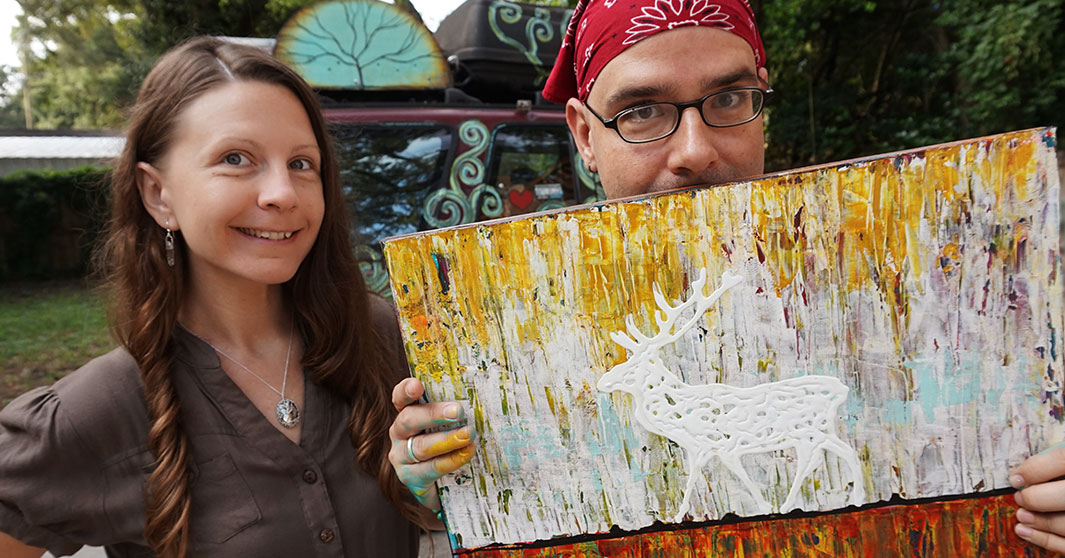 As some of you know, I won best artist for 2016 which was so awesome and I can’t thank you enough for making that happen. I’ve gotten to use it as boasting rights well into 2017 with statements like “Oh yeah? Well, were you voted best artist of the coast for 2016? I think not!”

Actually, I don’t do that at all, I get really shy around people that congratulate me for the award, then I secretly try to change the subject.

Don’t get me wrong, I am proud of the accomplishment, and I am so grateful to everyone that voted for me, but I’m a weird bird that is still working on receiving compliments and recognition.

That being said, there are two days left to vote. and I would love for you to vote for Klee and I if you are absolutely in love with our work.

Here’s the thing, we love you whether you vote for us or not, but it would be really cool for you to vote for your favorite peeps regardless if they are us or not.

Head over to Best of the Coast Voting and submit your ballot by July 31st.

Please keep me in mind for the Best Artist Click Here.

Thank you for your continued love and support!!! You guys are SO AWESOME!!

So, you might think that I’m having a bad week after reading the title of this article. Nothing could be further from the truth, I’m actually having a pretty awesome week.

So good in fact, that I found myself pausing for a moment, staring blankly into the studio and asking myself “What is even going on?”

Sunday, after a facing my unlikely fear, of people relentlessly pointing and laughing at my art, I entered my art into a juried art show. Later that evening I received a phone call that would determine my fate.

It was Artel Gallery, telling me that two of my art pieces got into the show… and that one of them, won best in show.

I was like “Whaaaaaaaaaat??” Needless to say, I was excited.

Then, earlier this week I was able to finalize some art clothing designs. I’ve been working on these for a while and didn’t think I’d be able to pull it off. I wanted something new to offer before the end of the year. They look so awesome, and the response has been great so far. Let me know what you think, I’ll be releasing new designs in November.

Then, today I found out that I was voted “Best Of The Coast 2016 Artist” by inweekly. Which is so awesome to me, and I am so grateful to all the people that voted for me. I literally froze in disbelief, so amazing.

Then, I got an email telling me that my book has been approved for national distribution. It is now carried by Barnes & Noble, Amazon Books, and other national book retailers. Check it out!

So, basically it’s been a pretty awesome week. Thank you so much for your continued support, I appreciate you so much!

I’ll write a little more about these exciting things in detail at some point. For now, we are getting ready for a two day festival, and the studio is electrified with energy.

But, I just couldn’t help myself, I had to share with you.